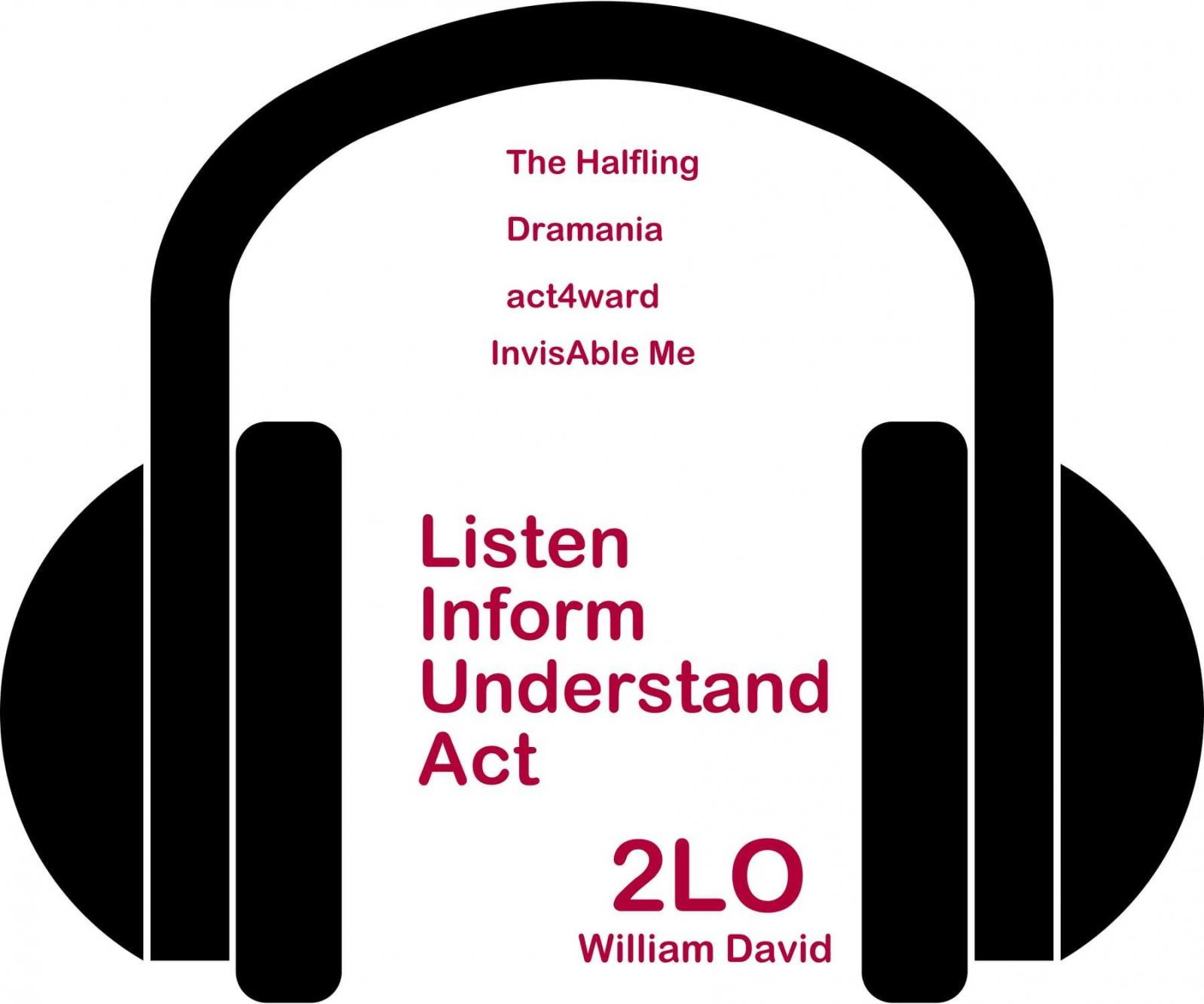 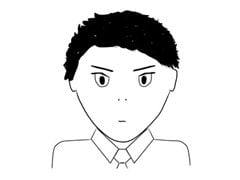 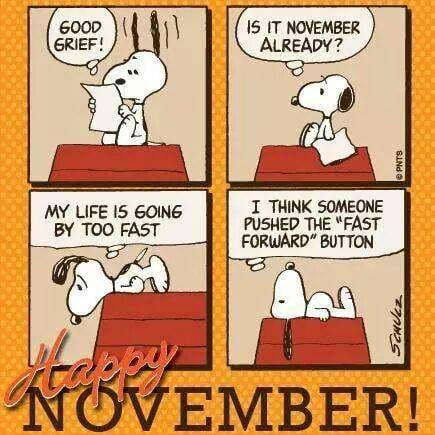 So here we are in November.

The past month has been busy preparing for the future of both The Halfling Project and 2lo.

The 2 projects will work together within drama and mixed media work.

This month I thought it might be a good time to explain why WildVen Uk has become 2l0.co.uk.

Firstly it has been my aim since leaving The Station [former shoot location] to remove any references to it - that may cause confusion - and also to reinvent the work and not simply clone that that has gone before.

Even now if you Google the project you may well find The Station contact details and address which obviously no longer apply.

But 2lo was not just a name at random - it has meaning. 2lo was the name of my late father's radio room - reflecting the history of radio. He was a very proud Radio amateur as you can see from the sign now on the new office door. We both shared the same interests, but I went more for commercial broadcast and computer communication to his Ham activities.

It seems right to name the new "LockDune" studio 2lo in his memory.

My father was also responsible for my passion for photography, home movie-making, and the film industry among other things.

The picture right was taken many years ago during the filming of The Battle of Britain motion picture on set. I was lucky to spend 2 summers as a boy on location with the film and this gave me a passion for the movie industry and other film visits followed! This picture hangs in the new studio.

My father was also a strong supporter of my work on The Halfling Project despite admitting he did not really understand autism or special needs but wishes he had - in particular in respect to his own son!

Despite his death earlier this year his memory will live on at "2lo". 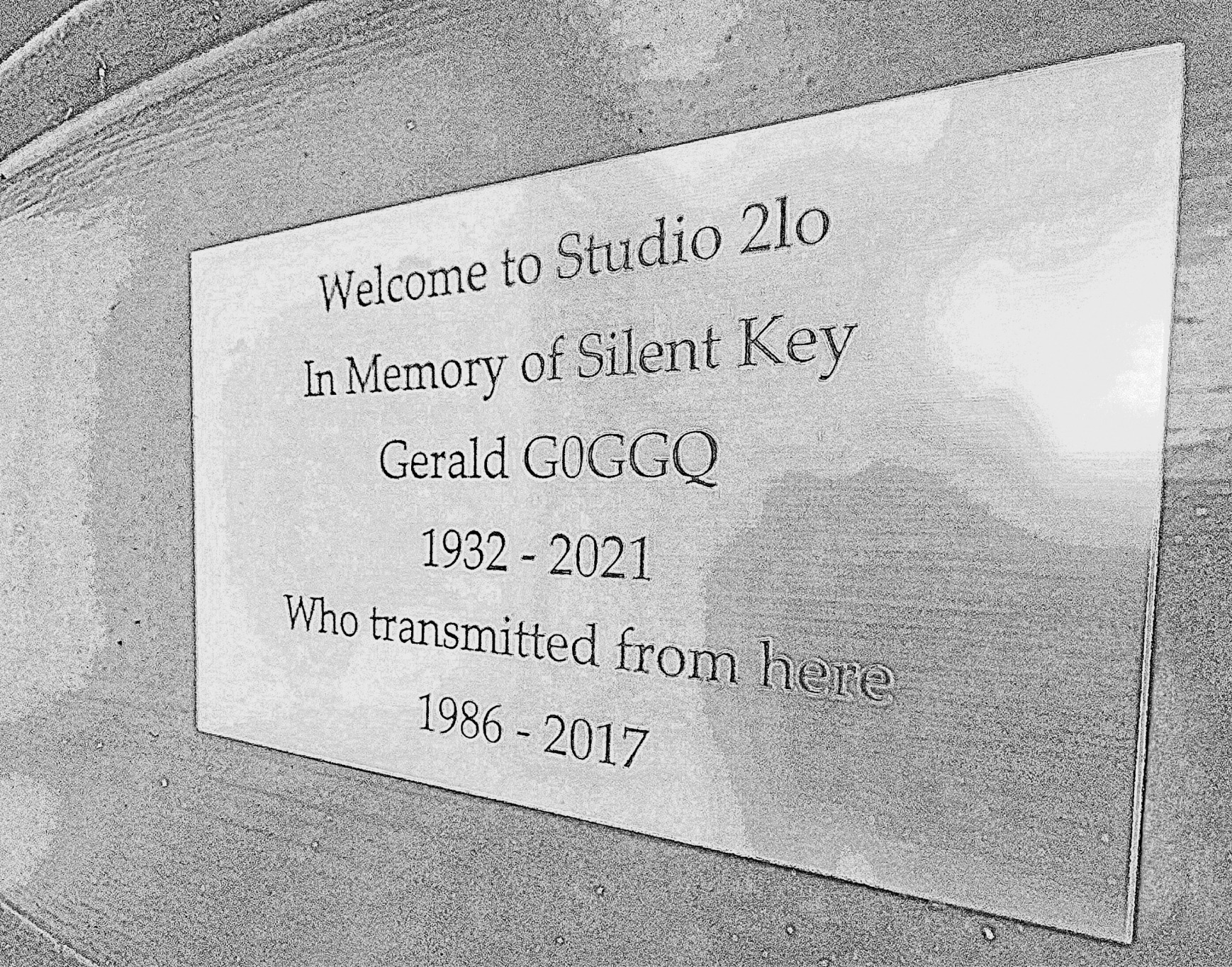 We Shall Remember Them

Whilst we remember the past - my father lost his father in November 1944 whilst sailing on an LST from Belgium to France. He served in the RAF in Radio Communications with special duties allied to Radar and wireless transmissions. His name appears on the Towns War Memorial here.

On the 11th Day of the 11 month we shall remember them - and each year since setting up here in Bedfordshire I have produced a video/images to mark that day.

This is the first year that I have not done so, as the studio is still not operational or the work cast.

So images and video from past years will feature on Facebook this year.

The image on this page comes from what proved to be the final project shoot at The Station last year. A few days later we were in lockdown. 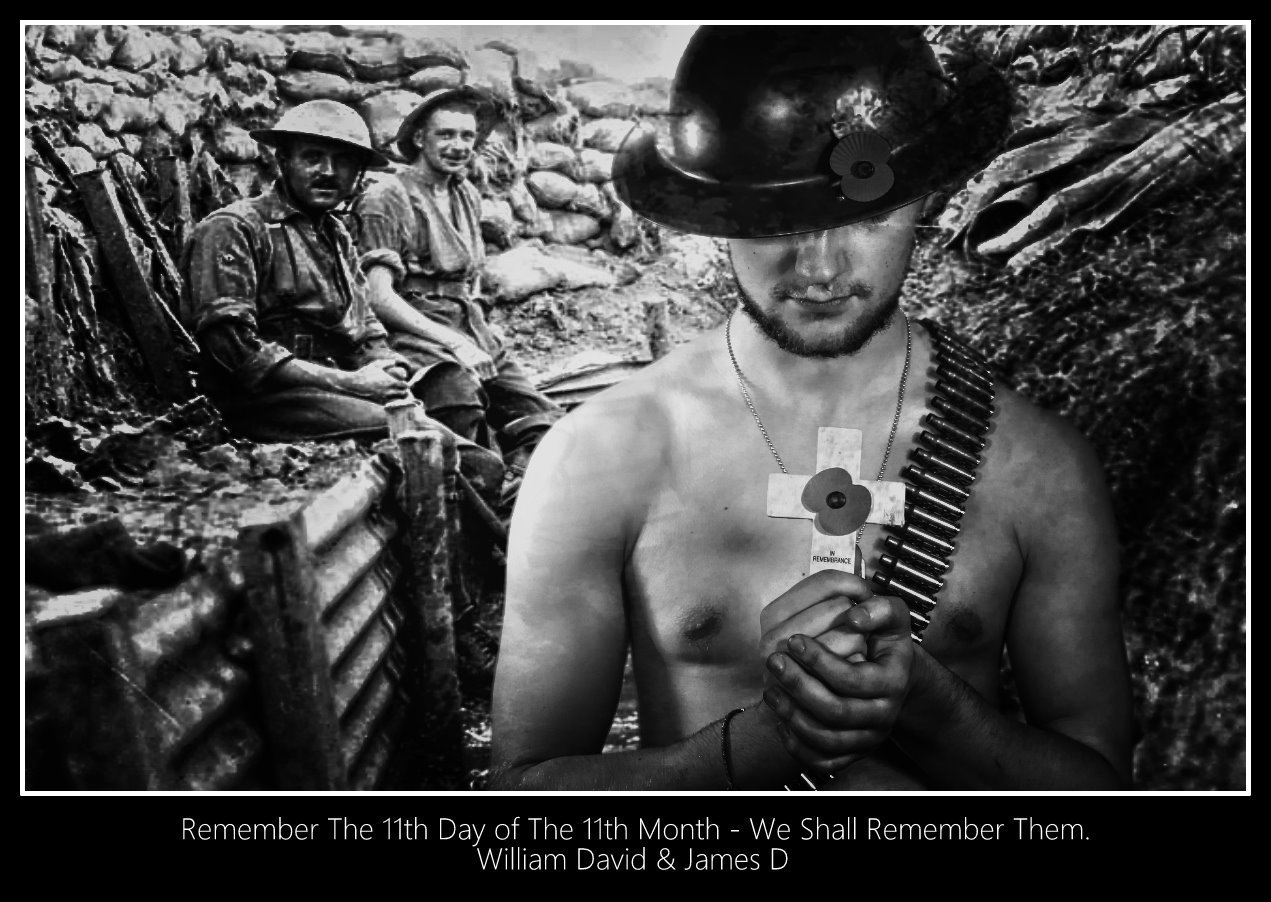 During lockdown as most of you know, I scaled down and closed the open Drama aspect of WildVen.

I also have now totally moved away from The Station, and all aspects of William David once again operate together.

I hope shortly to once again separate the content of the websites making each aspect of the work individual to that work and Domain.

This however is not as easy as it might seem and will take time.

The main 2lo website which now replaces WildVen will ofcourse give an overview of the practical dram and multi media aspect of William David.

The Halfling Project [2022] will remain separate but with appropriate links.

I appreciate all this is confusing - but the uncertain times we have had have made forward planning difficult.

The last thing I want to do is give misleading information by running too fast . Thanks for your understanding once again.